How many calories does Surya Namaskar burn? 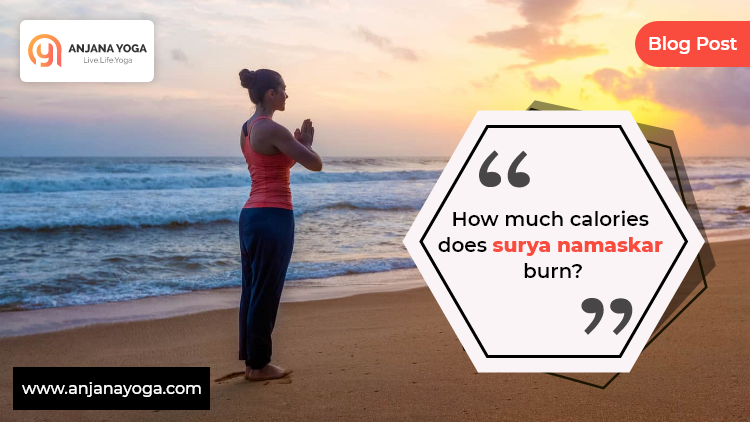 The Sun God is the primary source of energy on the earth. Since time immemorial, its worshipped for gaining health and endurance.
Sun Salutation or Surya Namaskar Yoga is a set of 12 sequenced Yoga asanas dedicated to the Hindu solar deity Surya. It is considered a full-body workout regimen that has some exceptional health benefits.

What are the health benefits of Sun Namaskar?

There are numerous benefits of Surya Namaskar poses. Some of them include:

Let us explain it to you. One set consists of two rounds of Surya Namaskar, each targeting specific sides of the body. The first set involves stretching the right side and then the left one. When you do 12 sets of Sun Salutation, you are doing 12x12x2 (288) Yoga poses. Thus, it helps in calorie burning and weight loss.

According to reports, one round of Surya Namaskar burns up to 13.90 calories for an average weighing person. By knowing this number, you can plan your rounds of Surya Namaskar. However, it is not advisable to start with multiple sets as a beginner.

For the first few days, perfect all the poses involved, and gradually keep increasing the number of rounds without straining yourself. The ultimate goal is to increase the number of Surya namaskar to 108. After reaching this goal, you would surely be a few pounds lighter.
If you want to learn Surya Namaskar Yoga, you can connect with Anjana Yoga for Yoga classes in North Carolina, known for the best Yoga classes in NC.